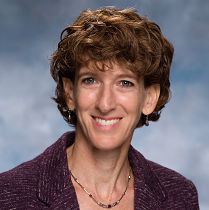 Research in my lab focuses on the role of neurotrophic factors in traumatic brain injury (TBI). Specifically, I have been using the lateral fluid percussion (LFP) injury model to study the role of the pro and mature forms of BDNF and their signaling pathways in recovery following TBI. With both genetic and pharmacological approaches, we have demonstrated that p75/proBDNF signaling inhibits recovery from injury. Specifically we have looked at cognitive and motor testing as well as cellular markers of death and astrogliosis. We are now examining if there are genetic causes for the differential response of individuals to TBI and if we can use personalized treatment approaches to improve recovery in a mouse model of repeated mild LFP.

Another major focus of my lab is on the role of neurotrophic factors and neuropeptides in psychiatric disease. Current therapies to treat depression are not very effective so defining novel compounds is essential. We have identified the neuropeptide VGF as playing a critical role in animal models of mood disorders. VGF is upregulated by antidepressants and downregulated in depression paradigms in rodents as well as in human bipolar disorder. VGF has antidepressant-like activity in animal models and is required for the effects of antidepressants. To identify the cellular basis for its actions, we have shown that VGF increases synaptic activity and neurogenesis in the hippocampus and have demonstrated that activation of glutamate receptors is required for the effects of VGF on neurogenesis. By providing evidence for mechanisms underlying depression and the role of the neuropeptide VGF, we have identified a possible novel therapeutic target.

Faculty in the News